On 29 June 1838, John & Mary Clancy, from the Fermoy area of County Cork, with their 6 months old child Maurice, sailed from Cork Harbour in the ship "Calcutta" bound for New South Wales, along with 300 of their fellow Irish.

John, 27, son of Maurice & Catherine Clancy of Fermoy, was a 'millwright & miller'. Mary, 24, daughter of John & Catherine Casey of nearby Glanworth, was a 'general servant'. The young couple had been married the previous year in the church at Glanworth.﻿﻿﻿﻿

It was the conditions of rural poverty in Ireland, rather than the attractions of Australia, which would have driven them to leave their homeland. The Australia of 1838 was hardly the magnet for emigrants that it became later after gold was discovered. New South Wales was still a convict colony in 1838, transportation not ending for another two years. As it happened, the Clancys did well to leave Ireland when they did, as the suffering of the Irish was to become much worse with the dreadful Potato Famine of 1845.


The voyage to Australia took 108 days, and the Calcutta sailed into Sydney Harbour on 15 October 1838.

At first John & Mary Clancy were based in Sydney, but within a few years John settled his expanding family in the Concord area, which was quite remote from Sydney in those early days.

Concord began, not that many years before, as a stockade for convicts, being a halfway staging point on the road from Sydney to Parramatta. When the Clancys came to Concord, agriculture was still prominent. Local industry included dairy farms, market gardens and woodcutting. There were no suburbs as we know them, just a scattering of villages and houses on small farms, while some of the Sydney well-to-do had mansions on properties in the area. There was no railway at nearby Burwood or anywhere else, no shopping centres, no peak hour!

John Clancy the millwright took on a new calling in his new homeland, that of school teacher. Perhaps during those first years in Sydney he was training for his new vocation. In 1845, the first St Mary's church and school at Concord was opened, with the one building being used for both purposes, and no resident priest. John Clancy was appointed first schoolmaster at St Mary's.

In typical Catholic style, John & Mary had a large family. There were 10 children in all, counting the Irish-born Maurice, all but one of them living to adulthood. Their seventh child, our Margaret Mary, was born in 1849. Three of John & Mary's daughters became Catholic nuns. 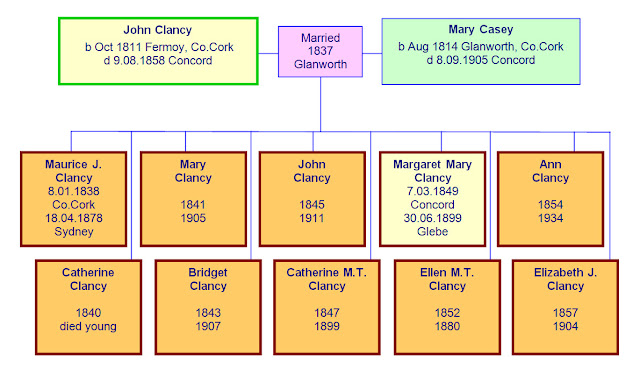 Eldest son Maurice became a cabinetmaker, and it was he who first employed James Bentley Corbin when James arrived in Australia. (Maurice presumably one day introduced his sister Margaret to James. They were married in that first church at Concord in 1868. Sadly the father, John, died young and did not live to see his daughter married or even to meet James Bentley Corbin.)


John Clancy's story is told briefly in the book 'They Passed This Way' (1970) which is a history of the Catholics in Concord. The book begins with the memories of one who grew up in the area in the mid 1800s:

... there were no houses north of the main road, except that behind the old Roman Catholic church there was a cluster of small dwellings ... A bell was hung in the fork of a tree at the back of the church, calling the children to school on week days, and the people to church on the Sabbath.  The old ironbark tree has long since disappeared, but the same bell tolls out to this day (1923)...

Our ancestor is mentioned on pages 55-58:

John Clancy, the first schoolmaster at St Mary's ... we know him to have been in Concord in 1845, when he moved from Elizabeth St Sydney. ... He lived at Park Rd, Burwood ... He is listed in the Catholic Directory for 1855 under Catholic Schools Country: Concord Schoolmaster - J.Clancy.

The home address of Burwood is somewhat misleading - in fact Park Rd is straight across Parramatta Rd from St Mary's Concord - the Clancys lived only a couple of minutes walk from their beloved church. In concluding the story of John Clancy, the book returns to its opening theme:

The first church served for the double purpose of church and school. ... It is interesting to note that it was staffed by a layman [John Clancy]. Perhaps it was he who rang that bell in the ironbark tree. 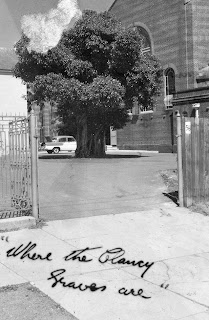 John Clancy was a true pioneer of his district. He died on 9 August 1858, aged just 47. He was buried in the churchyard in a small cemetery, all traces of which disappeared long ago. At the time of writing, the year is 2008 - exactly 150 years after the passing of John Clancy.

Photo at right shows the yard at St Marys Concord
where John Clancy is buried (along with his
2nd-born Catherine who died very young).
The present church is on the right behind the tree.
Photo and notation by the late Jim (Boyce) Corbin.


Mary Clancy was a widow at the age of 43, with eight offspring ranging in age from 20 years to 10 months. The elder ones must have helped her in the task of raising this big family. In any case she seems to have thrived, for she outlived her husband by 47 years. She also outlived seven of her own children, including Margaret. Born Mary Casey at Glanworth, County Cork in 1814, she died on 8 September 1905 at the age of 91. She was still living at Park Rd Burwood when she died, presumably the same Park Rd home the family had occupied since early days.

What a story Mary could have told of the life she had lived - but it seems no personal anecdotes or memorabilia from her life have survived, nor any photos, unless in other branches of the Clancy family. She is buried at Rookwood with her daughter Margaret. As it happens, neither of them are buried with their husbands.

The ramshackle old church, superseded in 1874 by a new building of brick & stone, stood for many more years, and was serving as the school hall before it was demolished in 1917. It was not forgotten however, as the 100th anniversary of its construction was celebrated in 1945, with Sydney's archbishop coming out to Concord for the occasion.

Until recently, one point of contact existed between the Corbins and other branches of the Clancy family. Father Eric Corbin, who had maintained great interest in the Clancys and associated families such as the Flavens, was in contact with Claudia Snell and had visited her at her home in the Sofala area. Claudia is a great great granddaughter of John & Mary Clancy. Cath Corbin has also visited Claudia. Claudia's brother was the renowned poet Francis Webb. It was said of Francis Webb that "his extraordinary poetic gift makes him one of Australia's most important poets".


The next page returns to the story of James Bentley Corbin. 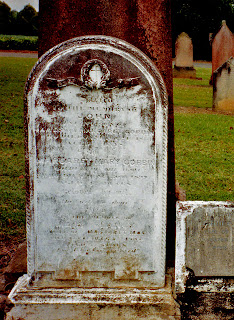 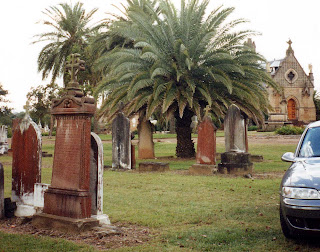